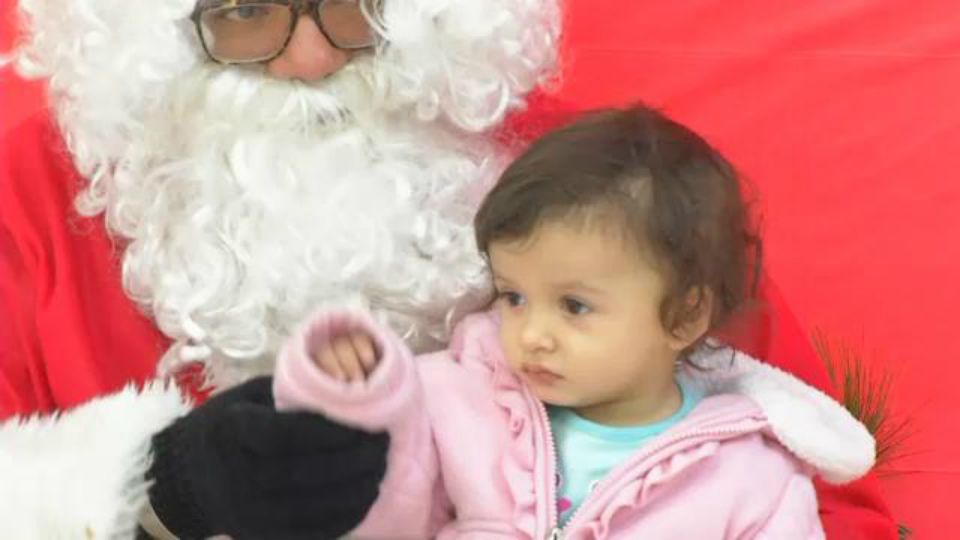 ROCHESTER, N.Y. — For hurricane-displaced families from Puerto Rico trying to rebuild their lives, it might not feel a lot like Christmas.

But the Ibero-American Action League is trying to change that.

The organization teamed up with the United Way of Greater Rochester and other community members to hold a family holiday lunch Wednesday at one of its Clifford Avenue buildings.

“It helps to get that sense of community back," said Yversha Roman of the United Way. "So they’re able to be around individuals that speak the same way that they speak, the same dialect and tones that they speak. They’re able to celebrate the same kinds of music that they’re familiar with. When you think about your holiday, I’m sure there are things that are very particular to your traditions. And hopefully today we give them a little bit of that sense, so that they feel some of their identity during a time of uncertainty.”

There can be uncertainty about getting shelter, warm clothing for this frigid weather and even gifts for the children.

Organizers say community members donated $2,000 worth of Christmas gifts, such as toys and stuffed animals. And families who’ve just arrived from Puerto Rico say it’s making a big difference for their first Christmas away from home.

“They’re just amazed," said volunteer Demaris Zambrana. "Because it’s a big help coming here today. Maybe they come with no money, no food, maybe not even a toy for their kids.”

The event also used toys to not only make children feel comfortable, but to get a good start on science, technology, engineering, and math skills.

“I went through it myself," said volunteer Javier Malave, who works at Harris Corporation and also participates in the United Way's Latino Leadership Development Program. "I was born and raised in Puerto Rico and I moved here 10 years ago. So it’s a new place, new language, new culture and it’s always good to have them show up here, see people they might recognize, speak the same language and be able to feel that they’re at home. And on top of that, get something of benefit, whether it’s food, or getting exposed to some technology and help them acclimate to a new environment after such a traumatic experience.”

But from the trauma can come a renewed sense of family.

Wanda Gonzalez says her sister came here after the hurricane to provide for her child with special needs.

She says now they feel connected this holiday.